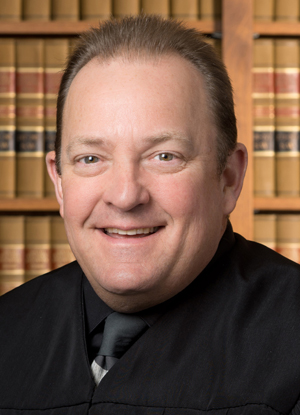 Judge Jeffrey C. Keal was appointed as associate circuit judge of Division 28 in Independence Nov. 5, 2013. Prior to his appointment, Judge Keal was a 22-year-veteran of the Jackson County Prosecutor’s Office. He joined the prosecutor’s office in 1991, and became a trial team leader in 1998. During his tenure with the office, he handled white collar and property crimes.

Judge Keal worked in private practice for five years. He was employed with the law firm of Crews, Smart, Whitehead & Waits from 1988–1991 and was a solo practitioner from 1986–1988.

He obtained his J.D. from the University of Missouri–Kansas City in 1986 and his B.A. in business administration from UMKC in 1983.