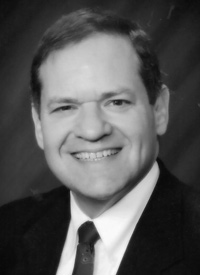 Judge Imhof is an active member of Campbell United Methodist Church and a member of Springfield Rotary Club. He has been a member of the board of directors of Friends of the Zoo, where in the past he has served as a president of that organization. He has also served on the local and state board of Easter Seals, where he was a vice president of each of those organizations.

Attorneys who responded to survey questions rated Judge Imhof on a scale of 1 – 5, with 1 representing “not at all” and 5 representing “completely.”

He received his highest scores for maintaining proper order and decorum in the courtroom (4.55), demonstrating appropriate demeanor on the bench (4.47), and allowing parties latitude to present their arguments (4.43). Judge Imhof’s lower scores were for weighing all evidence fairly and impartially (4.09), basing decisions on evidence and arguments (4.13) and rulings on dispositive motions state reasons and consistently applying the substantive law (4.13).

The committee also reviewed survey responses submitted by jurors who were seated in jury trials before Judge Imhof. Judge Imhof received an unanimously favorable response from jurors on questions relating to 10 separate criteria related to his conduct throughout the jury trials.

The committee participated in a courtroom observance during procedural matters.