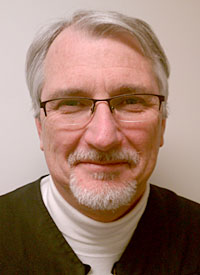 Judge Calvin R. Holden was appointed circuit judge in March 1996. He subsequently was elected circuit judge in November 1996 and was reelected in 2000 and 2006. Prior to being appointed circuit judge, he was an attorney in private practice. He received a Bachelor of Science degree in political science from Missouri State University in 1977 and his law degree from Drake University in 1980.Judge Holden has been an adjunct professor at Drury University, and has served as a commissioner on the Missouri Drug Court Commission. He has received the David B. Woodruff Memorial Community Justice Service Award, Missouri Association of Drug Court Professionals President’s Award, and the NAMI of Southwest Missouri Governmental Award for Excellence.