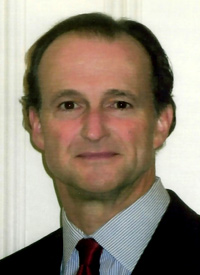 Judge Hettenbach was appointed to the 22nd Judicial Circuit as Circuit Judge in 2008. He has a B.A. in English Literature from the University of Missouri, an M.A. in English language and literature from the University of Michigan, and a J.D. from the University of Missouri. After law school, he was a staff attorney for the Missouri Supreme Court and then in private practice for 23 years. Before his appointment to the bench, he also served as a news editor for Missouri Lawyers Weekly and was an adjunct professor of legal studies at William Woods University. He is involved with the Metro Homeless Center and the Lafayette Square Restoration Committee. Since his appointment to the bench, Judge Hettenbach has handled civil and criminal dockets, and is on the legislation, family court and public education committees.

The majority of jurors who responded to a juror survey indicated that Judge Hettenbach: (1) treated people equally regardless of race, gender, ethnicity, economic status and other factors; (2) appeared to be free from bias or prejudice; (3) acted in a dignified manner; (4) acted with patience; (5) appeared to be well-prepared for the case; (6) clearly explained court procedure; (7) clearly explained the legal issues of the case; (8) maintained control over the courtroom; (9) promoted public confidence in the courts; and,(10) clearly explained the responsibilities of the jury. Judge Hettenbach received the most consistent positive responses in categories 3, 6 and 10. Juror comments indicated that jurors thought that Judge Hettenbach was “exemplary,” “outstanding” and “extremely patient and fair.”

The majority of attorneys who responded to survey questions rated Judge Hettenbach as above average in (1) treating people equally regardless of race, gender, ethnicity, economic status or any other factor, (2) displaying fairness and impartiality toward each side of the case, (3) not being affected by partisan considerations (4) being prepared for hearings and trials, (5) allowing parties the latitude to present their arguments, (6) basing decisions on evidence and arguments, (7) giving reasons for his rulings, (8) demonstrating the appropriate demeanor on the bench, (9) maintaining and requiring proper order and decorum in the courtroom, (10) being competent in the law, (11) having rulings on dispositive motions which state reasons and consistently apply the substantive law, (12) effectively using pretrial procedure to narrow and define the issues, (13) understanding the rules of procedure and evidence, (14) weighing all of the evidence fairly and impartially before rendering a decision, (15) having written opinions and orders which are clear, (16) clearly explaining all oral decisions, (17) effectively managing his docket, and (18) issuing timely opinions/decisions. Attorneys surveyed were asked to rate Judge Hettenbach on a scale of one to five, with one representing “not at all” and five representing “completely.” Judge Hettenbach received his highest scores in categories 1, 8, 9, 17 and 18.

The committee also reviewed a writing sample submitted by Judge Hettenbach. His opinion appeared to exceed the minimum standards for legal writing.