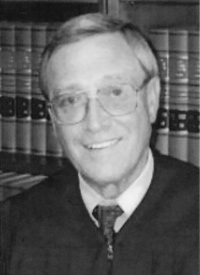 Judge Hartenbach has been a circuit judge since January 21, 1984. His judicial assignments since the last retention election have included the civil, criminal, domestic and equity courts. Judge Hartenbach received his undergraduate and law degrees from St. Louis University. He was the first assistant in both the St. Louis and Franklin County prosecutor’s offices. He is a member of The Missouri Bar, St. Louis County Bar Association, Bar Association of Metropolitan St. Louis, and the Lawyers Association of St. Louis.

The attorneys rated Judge Hartenbach as 4.64 or higher on all 18 categories of criteria surveyed. Judge Hartenbach received his highest scores for maintaining and requiring proper order and decorum in the courtroom (4.80); demonstrating appropriate demeanor on the bench (4.77); knowledge of evidence (4.74); and knowledge of the law (4.73).

The committee also reviewed a “Findings of Fact and Conclusions of Law” written by Judge Hartenbach in a civil cases and found the ruling to be well-written, concise, and consistent with case law cited therein.