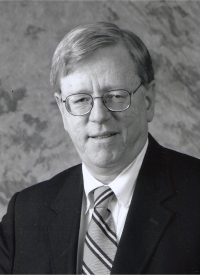 Before his appointment to the court, Judge Grady was elected magistrate (1976), and associate circuit judge (1978). He also served as a city municipal judge (1976). Previously, he served as the City Landmarks Commissioner from 1970 until 1976. His community interests include serving as a member of the Landmarks Association of St. Louis and a board member of the De Menil House Foundation. He is also a non-voting advisory member of the Missouri History Museum.

Attorneys surveyed were asked to rate Judge Grady on a scale of 1 to 5, with 1 representing “not at all” and 5 representing “completely.”

Judge Grady received his highest scores for treating people equally (3.99), being fair and impartial toward both sides of the case (3.81), and maintaining and requiring proper order and decorum in the courtroom (3.84). Judge Grady’s lower scores were for bases decision on evidence and arguments (3.56), demonstrates appropriate demeanor on the bench (3.47), and rulings on dispositive motions state reasons and consistently apply the substantive law (3.52).

The committee also reviewed opinions that Judge Grady wrote. While his opinions were occasionally unclear, they appeared to be well reasoned, competent in the law, and adhered closely to precedent as well as to constitutional and statutory law.