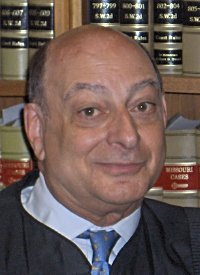 Judge Steven Goldman was appointed a circuit judge for the 21st Judicial Circuit in 1988 and most recently retained by voters in 2008. He received his bachelor’s degree from Washington University in 1968 and his law degree from Saint Louis University in 1972.

He received his highest scores for: addressing individuals appropriately in court (4.54); maintaining a professional demeanor in the courtroom (4.50); starting courtroom procedures on time (4.45); treating parties equally (4.45); and considering the amount of case law required to make a decision and promptly rendering a decision (4.40).

His lower scores were for: making decisions that logically follow the evidence presented (4.09); assisting parties in narrowing issues (4.15); and carefully considering arguments from both sides before ruling (4.25).

The committee also reviewed survey responses submitted by jurors who were seated in jury trials before Judge Goldman. Judge Goldman received nearly unanimous favorable responses from the jurors on questions relating to 10 separate criteria that evaluate his conduct throughout jury trials.

The committee has also reviewed three written opinions submitted by Judge Goldman dealing with proper jurisdiction, the enforcement of an arbitration agreement, and official immunity.  The committee found the opinions were well-reasoned, clearly written, and faithful to applicable Missouri law.