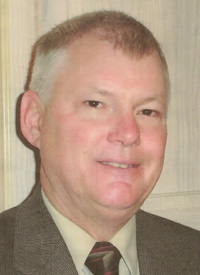 Judge Fitzsimmons was elected as an associate circuit judge for the 31st Judicial Circuit and began his position on January 1, 1999. He received a bachelor’s degree in economics, business administration and Spanish at Illinois College in 1975. He received his Masters of Economics at Western Illinois University in 1976. Thereafter, Judge Fitzsimmons attended the University of Missouri-Kansas City Law School and graduated with his Juris Doctorate in 1981. He served in private practice for 17 years prior to his post as an associate circuit judge.

Judge Fitzsimmons is currently affiliated with The Missouri Bar and Springfield Metropolitan Bar Association. He also serves as member of the Bench and Bar Sub-Committee of the Springfield Metropolitan Bar Association. Previously, he served as the administrative associate circuit judge for approximately eight years. Judge Fitzsimmons is an active member of the Springfield Dog Training Club.

Attorneys who responded to survey questions rated Judge Fitzsimmons on a scale of 1 – 5, with 1 representing “not at all” and 5 representing “completely.”

He received his highest scores for issuing timely opinions (4.43), maintaining proper order and decorum in the courtroom (4.37), and treats people equally regardless of race, gender, ethnicity, economic status or any other factor (4.35). Judge Fitzsimmons’ lower scores were for weighing all evidence fairly and impartially before rendering a decision (4.00), giving reasons for rulings (4.04) and basing decisions on evidence and arguments (4.05).

The committee also participated in a courtroom observance during procedural matters.