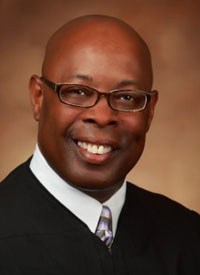 Judge Jimmie M. Edwards was appointed to the 22nd Circuit Court in 1992. He graduated from Saint Louis University and received his law degree from the Saint Louis University School of Law.Judge Edwards has served in the juvenile division as well as general trial division of the 22nd Circuit Court. He is a member of the Missouri, Mound City, and National bar associations, as well as the Bar Association of Metropolitan St. Louis. He is also affiliated with Habitat for Humanity Saint Louis and Antioch Baptist Church.