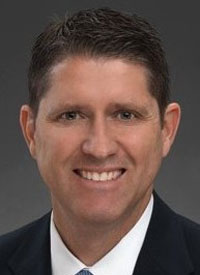 Judge Joseph S. Dueker was appointed as an associate circuit of the 21st Judicial Circuit on August 13, 2010. Since his appointment, he has served on the Family Court.He earned his undergraduate degree from the University of Richmond and his law degree from St. Louis University School of Law. Prior to taking the bench, Judge Dueker had extensive experience in criminal law, having served with the St. Louis County Prosecuting Attorney’s Office for more than 17 years.

Attorneys were asked to evaluate the judges on a scale of one to five (with five being the highest). Approximately 130 attorneys responded with respect to Judge Dueker. His highest scores were for: treating people equally regardless of race, gender, ethnicity, economic status, or any other factor (4.55); and displaying fairness and impartiality toward each side of the case (4.46). His lowest scores was a 4.13 in the area of competence in the law.A peer survey of fellow St. Louis County judges gave Judge Dueker an average score of 4.43.There were no juror surveys available due to Judge Dueker’s current assignment to the Family Court.The committee also reviewed several Family Court judgments written by Judge Dueker. The facts and the law were clearly explained and the judgment was consistent with the case law stated.