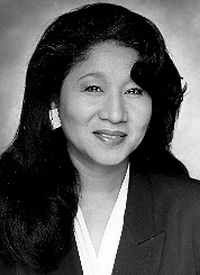 Attorneys were asked to rate each judge on a scale of 1 to 5, with 5 being the highest score. More than 300 attorneys responded with respect to Judge Draper. Of the 18 areas surveyed, Judge Draper’s highest scores included treating people equally (3.10) and maintaining proper order and decorum in the courtroom (3.00). The three lowest scores received by Judge Draper include competency in the law (1.83), ruling on dispositive motions (1.97), and understanding rules of procedure and evidence (1.97). The committee believes any rating below 3.00 indicates a need for improvement. Attorneys rated Judge Draper as 3.00 or lower in 16 of 18 categories.

The committee also reviewed a “Judgment and Order” written by Judge Draper and found the ruling to be concise and consistent with the case law cited therein; however, the formatting of the document was not uniform and the blue book legal citations were not consistent.

Furthermore, a committee member observed Judge Draper in the courtroom on one occasion, at which time Judge Draper maintained proper decorum and order in her courtroom, appeared to be competent in the law, clearly explained court procedure, and promoted public confidence in the courts.

While Judge Draper’s attorney survey results are low, the attorney surveys do not represent the entire evaluation process, and all the other items discussed above were also considered.