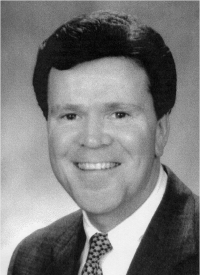 Judge Dowd was appointed to the 22nd Judicial Circuit as circuit judge in 2000. He graduated from Quincy College with a bachelor of arts and from St. Mary’s University School of Law with a juris doctorate. Before his appointment as circuit judge, he served as an sssistant county counselor, and chief administrative law judge. He is currently the assistant presiding judge of the 22nd Circuit and sits on the Commission on Retirement, Removal and Discipline of Judges. Judge Dowd is also a commissioner of the Judge Dowd Soccer League, and on the board of directors for both the Catholic Youth Apostolate and the St. Louis Crisis Nursery.

Attorneys surveyed were asked to rate Judge Dowd on a scale of 1 to 5, with 1 representing “not at all” and 5 representing “completely.”

Judge Dowd received his highest scores for: treating people equally regardless of race, gender, ethnicity, economic status or any other factor (4.18); allowing parties the latitude to present their arguments (4.26); giving reasons for his rulings (4.14); demonstrating the appropriate demeanor on the bench (4.33); maintaining and requiring proper order and decorum in the courtroom (4.41); and effectively using pretrial procedure to narrow and define the issues (4.13).

The committee also reviewed a writing sample submitted by Judge Dowd. His opinion appeared to exceed the minimum standards for legal writing.