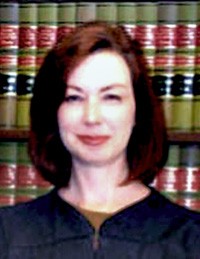 Judge Colleen Dolan has served as a municipal judge for the City of Ellisville from 1992 to 1994, an associate circuit judge from 1994 to 1999, and was appointed as a circuit judge on March 30, 1999. She handles civil and criminal felony jury and non-jury trials, equity cases and drug court.She is an active member of the St. Louis County Bar Association and the Lawyers Association. She also serves on St. Louis University’s School of Law Judicial Externship Program.Judge Dolan received her Bachelor of Science degree in the administration of justice from the University of Missouri-St. Louis and her law degree from St. Louis University School of Law.

Attorneys were asked to rate each judge on a scale of 1 to 5, with 5 being the highest score. Approximately 280 attorneys responded with respect to Judge Dolan. Her highest scores were for: maintaining proper order and decorum in the courtroom (4.59); and treating people equally regardless of race, gender, ethnicity, economic status or any other factor (4.56). Her lowest score was 4.30 for basing decisions on evidence and arguments.A peer survey of fellow St. Louis County judges resulted in an average score of 4.44 for Judge Dolan.Twenty-seven juror surveys were returned with responses pertaining to Judge Dolan. Juror surveys were answered “yes” or “no,” with “yes” being a positive response and “no” being a negative response. Of the 10 criteria surveyed, Judge Dolan received all positive responses on all the surveys received. She also received numerous glowing handwritten comments on the surveys, such as, “This Judge was excellent.”The committee also reviewed a judgment written by Judge Dolan in a civil case. The facts and the law were clearly explained and the judgment was consistent with the case law stated.