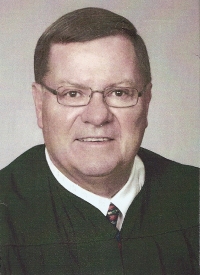 Judge DePriest was appointed to the 21st Judicial Circuit bench as a circuit court judge in 2000. He graduated with a degree in business administration from Southeast Missouri State University and received his juris doctorate degree from the University of Missouri-Columbia.

Judge DePriest received universally high markings from the attorneys who responded to the survey. His marks were particularly high in the areas of treating people fairly regardless of background, fairness and impartiality, judicial demeanor, and allowing litigants to fully present their arguments. Judge DePriest has very high marks across the board, with only slightly lower ratings for legal competency and use of pre-trial procedure to narrow issues.

Since Judge DePriest has been serving in family court and juvenile court, he did not have recent juror surveys for review.

The committee also reviewed written opinions of Judge DePriest which were clear, concise, well-written, and consistent with the applicable law cited therein.