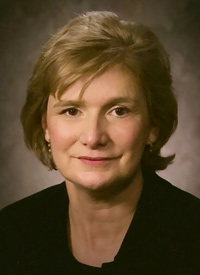 Judge Davis was appointed to the circuit court of Clay County in January 2008. She graduated from the University of Kansas with a B.A. degree in 1979. She received a Juris Doctorate degree from the University of Kansas School of Law in 1982. Judge Davis served as the associate circuit judge for Clay County from 1997 until 2008. She has also served as the assistant prosecuting attorney for Clay County from 1982 until 1997.

Judge Davis has stated that her assignments as a circuit judge have included civil and criminal cases and domestic relations matters. She has also acted as the administrative judge of the Family Court for Clay County.

Attorneys who responded to survey questions rated Judge Davis on a scale of 1-5, with 1 representing “not at all” and 5 representing “completely.” In the attorney survey responses, Judge Davis received her highest scores for treating people equally regardless of race, gender, ethnicity, economic status or any other factor (4.49); efficiently managing her docket (4.45); allowing parties latitude to present their arguments (4.44); and maintaining and requiring proper order and decorum in the courtroom (4.40). Judge Davis’ lower scores were for not being effected by partisan considerations (4.37); displaying fairness and impartiality toward each side of the case (4.32); issuing timely opinions and decisions (4.31); and understanding rules of procedure and evidence (4.27).

The committee also reviewed survey responses submitted by jurors who were seated in jury trials before Judge Davis. Judge Davis received unanimously favorable responses from the jurors on questions relating to 10 separate criteria regarding her conduct throughout the jury trials.

The committee received public comments regarding Judge Davis and took those comments into consideration in reaching its recommendation set out below.

The committee also reviewed a written opinion submitted by Judge Davis in which she ruled on a petition brought by the juvenile officer for Clay County seeking determination of parental rights of a natural mother and father. The opinion was thorough and clearly written. The basis of the judge’s decision in terminating the parental rights of the parents of the juvenile before the court was set out in a clear and understandable manner.