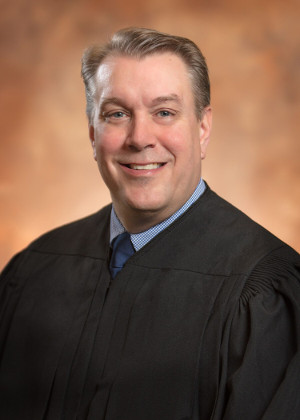 Judge David A. Roither was appointed associate circuit judge to the 22nd Circuit Court in January 2018. He earned his bachelor’s degrees in philosophy and political science from the University of Missouri- St. Louis and his J.D. from St. Louis University.

Judge Roither was licensed to practice law in 1999 and practiced family law with the law firm of Medler & Roither, LLC from 2005-2018. He was a frequently appointed Guardian ad Litem for abused and neglected children in St. Louis County, the City of St. Louis and St. Charles County circuit courts.