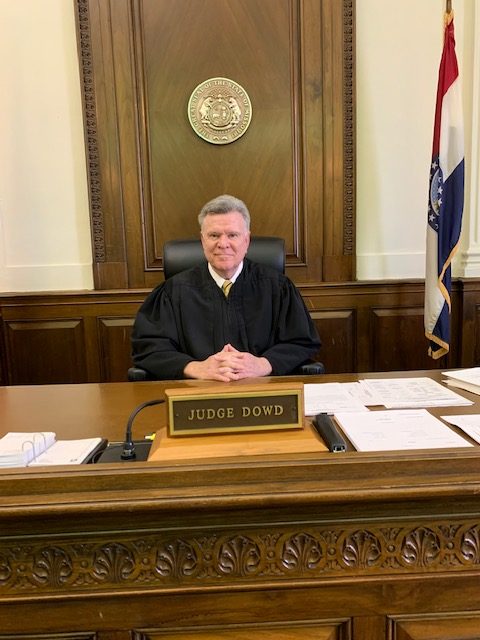 Judge David L. Dowd was appointed circuit judge in January of 2001. He earned his bachelor’s degree from Quincy College and his J.D. from St. Mary’s University.

Before his appointment as circuit judge, he served as an assistant county counselor, and chief administrative law judge. From 2009-2010 he was the presiding judge for the 22nd Circuit.

Judge Dowd is a member of The Missouri Bar, The Lawyers Association of St. Louis and the American Bar Association.