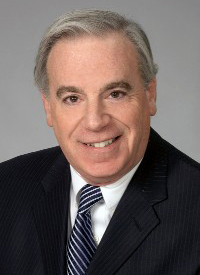 Judge Robert S. Cohen received his undergraduate degree from Washington University in 1968 and his law degree from Saint Louis University School of Law in 1971. After engaging in private practice, Judge Cohen was elected to two terms as a St. Louis County magistrate judge from 1975 to 1979, and was an associate circuit judge from 1979 to 1994. Judge Cohen was appointed to the circuit court bench on July 6, 1994. He was presiding judge of the 21st Judicial Circuit Court from 1998 to 2000. Presently, Judge Cohen serves as circuit court judge in Division 1 of the 21st Judicial Circuit.

Judge Cohen scored consistently high in all categories. He received his highest scores for: addressing individuals respectfully in the courtroom (4.62); maintaining a professional demeanor in the courtroom (4.57); being prepared for court (4.48); and adhering to the appropriate rules of procedure (4.45).

Judge Cohen’s lower scores (while all scores were well above an acceptable level) were for: assisting parties in narrowing key issues in dispute (4.31); issuing orders that are clearly written (4.29); and citing the applicable substantive law (4.27).

The committee also reviewed survey responses submitted by jurors who were seated in jury trials before Judge Cohen. Judge Cohen received an almost unanimously favorable response from the jurors on questions relating to 10 separate criteria related to his conduct throughout the jury trials.

The committee also reviewed four (4) recently written opinions (judgments, orders and findings of fact and conclusions of law) authored by Judge Cohen. The committee found the opinions to be well-written, well-reasoned, and faithful to the law of the State of Missouri.