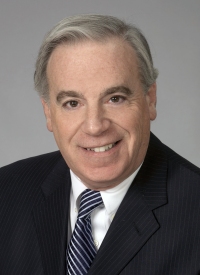 Judge Cohen was appointed to the circuit court bench on July 6, 1994. He previously was a magistrate judge from 1975 to 1979, and an associate circuit judge 1979 to 1994. He was presiding judge of the 21st Judicial Circuit (St. Louis County) from 1998 to 2000. He received his undergraduate degree from Washington University, and his law degree from St. Louis University.

Judge Cohen is married and has two children. He is a member of Congregation Shaare Emeth.

Judge Cohen received above average scores in all areas by attorneys who responded to survey questions. Attorneys were asked to rank the judges on a scale from 1 (not at all) to 5 (completely). Of the 16 criteria surveyed, the attorneys rated Judge Cohen as 4.40 or better in 14 of 16 categories. Judge Cohen ranked high in: treating people equally regardless of race, gender, ethnicity, economic status or any other factor; maintaining proper order and decorum in the courtroom; being competent in the law; and understanding the rules of procedure and evidence. His lowest scores on the attorney surveys were: basing decisions on evidence and arguments and effectively using pretrial procedure to narrow and define the issues, on both of which his average rating was 4.39, well above the group average.

Jury surveys that were returned mirrored the attorney surveys for treating people equally and without bias or prejudice.

The committee also reviewed two written opinions of Judge Cohen and found them to be clear and concise, and consistent with applicable case law and statutes cited therein.