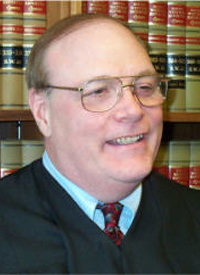 Attorneys were asked to rate judges on several categories on a scale of 1 to 5, with 5 being the best score. More than 300 attorneys rated Judge Clifford, and of 18 areas surveyed, 11 of Judge Clifford’s ratings were in the 3.14 to 3.27 range. His three highest scores were received for maintaining proper order and decorum in the courtroom (3.51), understanding rules of procedure and evidence (3.45), and issuing timely decisions (3.44). His three lowest scores on the attorney surveys were in the following areas: demonstrating appropriate demeanor on the bench (2.83), stating reasons and consistently applying substantive law in rulings on dispositive motions (3.02), and weighing all evidence fairly and impartially before rendering a decision (3.05). The committee believes any rating below 3.00 indicates a need for improvement.

Judge Clifford did not submit any written opinions for the committee to consider.