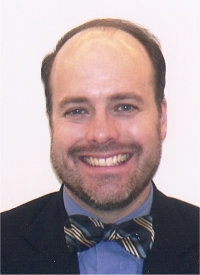 Judge Clark was appointed as associate circuit judge of the 22nd Judicial Circuit in February of 2006. Judge Clark appears for the first time on the ballot for retention. He has served in Division 14 (family court/domestic – 2008), Division 26 (misdemeanor/traffic – 2007) and Division 28 (minor civil/non-jury contest – 2006). He graduated from the University of Kansas in May of 1990 and received an M.A. from Saint Louis University in May of 1993. He received his juris doctorate from Saint Louis University in January of 1998. Before his appointment, he served as an assistant circuit attorney in the St. Louis Circuit Attorney’s Office from May 1998 to February 2006. Prior to practicing law, Judge Clark worked as an assistant to the executive director of the St. Louis Housing Authority from April 1993 to December 1995. His community interests include Boy Scouts of America as a merit badge counselor, Eagle Scouts, and Sachem in the Tribe of Mic-o-Say. He is also selected in Leadership in Saint Louis Program/Focus (class of 2004-2005), elected to the board of the Young Lawyers Section of The Missouri Bar, a member of St. James Catholic Church, and a member of Knights of Columbus.

Attorneys surveyed were asked to rate Judge Clark on a scale of 1 to 5, with 5 representing “not at all” and five representing “completely.”

Judge Clark received his highest scores for maintaining and requiring proper order and decorum (3.83), being prepared for hearings and trials (3.93), and written opinions and orders are clear (3.69). Judge Clark’s lower scores were for displaying fairness and impartiality (3.33), being not affected by partisan considerations (3.38), and demonstrating appropriate demeanor on the bench (3.29).

The committee also reviewed a writing sample prepared by Judge Clark. His opinion appeared to exceed the standards for legal writing.