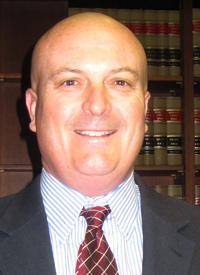 Judge Chamberlain is a member of The Missouri Bar, the Clay County Bar Association, and the Kansas City Metropolitan Bar Association. He is also active in the Liberty Sertoma Club.

Judge Chamberlain was retained as a judge in the election for the year 2010.

In responding to the 19 questions about Judge Chamberlain, the lawyers surveyed provided high scores for maintaining a professional demeanor in the courtroom (4.76); being prepared for court (4.69); considering the amount of case law required to render a prompt decision (4.69); addressing individuals respectfully in the courtroom (4.69); and adhering to appropriate rules of procedure (4.65).

Judge Chamberlain’s lower scores were given for conducting the proceeding in a neutral manner (4.51); assisting the parties in narrowing key issues in dispute (4.44); carefully considering arguments from both sides before ruling (4.38); citing the applicable substantive law (4.29); and having a decision follow logically from the evidence presented (4.29).

The committee received survey responses from jurors who had participated in a jury trial before Judge Chamberlain. The Committee reviewed the answers given by the jurors and found that they provided positive responses to the 10 questions asked, with no negative responses.

The vommittee did not receive any written opinions from Judge Chamberlain for review.  Judge Chamberlain provided information noting that his normal docket involving primarily family law disputes did not provide opportunities for the writing of opinions on a regular basis.