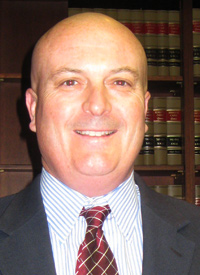 Judge Chamberlain is a member of the Liberty Sertoma Club and is active in the Shoal Creek Church.

Attorneys who responded to survey questions rated Judge Chamberlain on a scale of 1-5, with 1 representing “not at all” and 5 representing “completely.” Judge Chamberlain received his high scores for maintaining and requiring proper order and decorum in the courtroom (4.84); demonstrating appropriate demeanor on the bench (4.82); displaying fairness and impartiality toward each side of the case (4.80); issuing timely opinions and decisions (4.80); and not being affected by partisan considerations (4.77). Judge Chamberlain’s lower scores were for being prepared for hearings and trials (4.76); allowing parties latitude to present their arguments (4.76); competence in the law (4.76); efficiently manages his docket (4.76); giving reasons for rulings (4.73); and understanding rules of procedure in evidence (4.71).