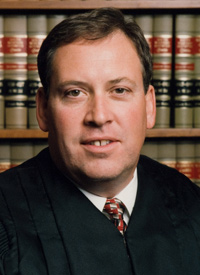 Judge Bushur was evaluated by attorneys who appeared in court before him. Attorneys rated judges in 18 separate categories on a scale of 1 to 5, with 5 being the best rating. He received his highest scores for: being competent in the law (4.20); for understanding rules of procedure and evidence (4.15); and treating people equally regardless of race, gender, ethnicity, economic status or any other factor (4.11). Judge Bushur’s lower scores were for: displaying fairness and impartiality toward each side of the case (3.75); demonstrating appropriate demeanor on the bench (3.52); and for efficiently managing his docket (3.23). However, the committee notes that Judge Bushur’s lower scores were far above the average for retention.

Judge Bushur did not provide a written opinion because his docket is such that he does not write opinions.