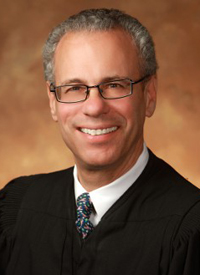 Since his retention, Judge Bush has been assigned to both civil and criminal trials in the 22nd Judicial Circuit. He previously held positions as assistant and associate city counselor. His professional affiliations and activities include membership in The Missouri Bar and participation in mock courts and continuing legal education activities.

He received his highest scores for: maintaining a professional demeanor in the courtroom (4.53); being prepared for court (4.49); adhering to appropriate rules of procedure (4.38); and addressing individuals respectfully in the courtroom (4.38). Judge Bush’s lower scores were for:  decision followed logically from the evidence presented (4.01); assisted parties in narrowing key issues in dispute (4.03); issued an order that was clearly written (4.08); treated parties equally (4.16).

Additional evaluation information for Judge Bush was submitted by jurors who were seated in jury trials before him. Judge Bush received an almost unanimously favorable response on these surveys, with a range from 98.1 percent to 100 percent in all 10n criteria areas related to his conduct throughout the jury trials.

The committee has also reviewed written opinions submitted by Judge Bush, which were well reasoned, with easy-to-follow explanations, competent in the law, and adhered closely to precedent as well as to constitutional and statutory law. The precedents were cited and clearly explained.

The committee also observed Judge Bush in the courtroom, where he was clear and concise. His interaction with attorneys was efficient, professional and direct.