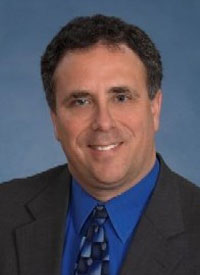 Judge Michael D. Burton was appointed associate circuit judge in 1999 and served until being appointed circuit judge in 2004. He served on the Family Court with the domestic docket from March 2004 to December 2005. Judge Burton has served on the Family Court with a juvenile docket from January 2006 to the current time. He has been the administrative judge of the Family Court since January 2008.He has served as an adjunct professor of law in the fields of evidence and trial advocacy at Washington University School of Law since 1997. He has also served as an adjunct professor of law at the St. Louis University School of Law since 1992 in the areas of pretrial procedure and trial advocacy. For the past seven years, he has served as an instructor in the Judicial College and for the National Judicial Institute on Domestic Violence and the National Council of Juvenile Family Court Judges. He is also the author of a chapter in The Missouri Bar Family Law deskbook.Judge Burton received a Bachelor of Arts degree in government from the University of Notre Dame and his law degree for Washington University School of Law.He served as the president of Join Hands ESL Company, Inc. (formerly known as Project Kids), co-founder and president of The Boys Club, and founder and co-director of the Teen Mentoring Program. Judge Burton is also the chairman of the St. Louis County Domestic and Sexual Violence Council and in 2009 established the St. Louis County Domestic Violence Court. He has volunteered with Big Brothers/Big Sisters of Missouri and serves as a volunteer judge for the Truancy Court of St. Louis County and for the Ferguson and Florissant school districts. In addition, he serves as a co-director and team member of the Mary Queen of Peace ACTS Retreat.

Attorneys were asked to rate each judge on a scale of 1 to 5, with 5 being the highest score. Approximately 256 attorneys responded with respect to Judge Burton. His highest scores were for: maintaining and requiring proper order and decorum in the courtroom (4.72); and for demonstrating appropriate demeanor on the bench (4.69). Judge Burton’s lowest score was a 4.55 in various areas.A peer review survey of fellow St. Louis County judges gave Judge Burton an average score of 4.48.The committee also reviewed several judgments written by Judge Burton in Family Court cases. The facts and the law were clearly explained and the judgments were consistent with the case law stated.Due to Judge Burton’s service on the Family Court, there are no juror surveys available for him.