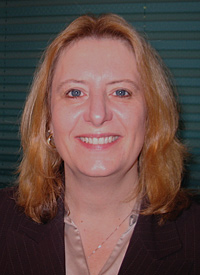 Judge Burke was appointed as an associate circuit judge for the 22nd Judicial Circuit on December 15, 2008. Judge Burke appears for the first time on the ballot for retention. Since her appointment, Judge Burke has served in Division 27 (civil/small claims) and from January 1, 2010 to present has been in Division 14 (family/domestic).

She graduated in 1985 with a Bachelor of Arts degree in political science from Southern Illinois University, Edwardsville. She received her Juris Doctorate from St. Louis University School of Law in 1988. Prior to her appointment, Judge Burke served as a municipal judge for the City of St. Louis from 2001-2008. She is a member of the Missouri Association of Probate and Associate Circuit Judges, the Missouri Municipal Associate Circuit Judges Association, the Women Lawyers’ Association and an ex officio board member of Lawyers for Kids. Judge Burke is an annual presenter at the Boy Scouts of America and is a guest speaker at area schools. Judge Burke is an adjunct professor at Fontbonne University and teaches a class on the United States and Missouri constitutions.

Attorneys who responded to the survey questions rated Judge Burke on a scale of 1 to 5, with 1 representing “not at all” and 5 representing “completely.”

She received her highest scores for: efficiently managing her docket (4.48); maintaining and requiring proper order and decorum in the courtroom (4.45); and treating people equally regardless of race, gender, ethnicity, economic status or other factor/displaying fairness and impartiality towards each side of the case (4.43).

Judge Burke’s lower scores were for: efficiently using pretrial procedures to narrow and define the issues (4.27); stating reasons and applying substantive law in rulings on dispositive motion (4.28); and clearly explaining all oral decisions (4.29).

No juror surveys were submitted for Judge Burke, as she served in non-jury divisions.

The committee also reviewed written opinions submitted by Judge Burke. Her opinions appeared to exceed the standards for legal writing.