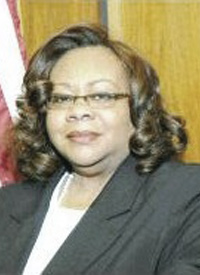 Judge Bryant was appointed an associate circuit judge for the 22nd Judicial Circuit in 2004. She graduated from the University of Missouri-St. Louis in 1981 with a Bachelor of Science degree. She obtained her law degree from Saint Louis University School of Law in 1983. She currently serves on the faculty at Webster University as an adjunct professor, where she teaches law-related courses in the Behavior Science Department and Paralegal Department. She is also an adjunct professor with Sanford Brown College, where she teaches law related courses in their Paralegal Department. She worked as an assistant circuit attorney from 1993-2004. She was a recipient of the Outstanding Trial Attorney Award in 2004. She worked as a public defender from 1987-1991.

Attorneys who responded to survey questions rated Judge Bryant on a scale of 1 to 5, with 1 representing “not at all” and 5 representing “completely.”

She received her highest scores for: maintaining and requiring proper order and decorum in the courtroom (3.78); treating people equally (3.58); and allowing parties the latitude to present arguments (3.58). Judge Bryant’s lower scores were for: being competent in the law (3.14); understanding the rules of procedure and evidence (3.21); and efficiently managing her docket (3.22).

The committee was unable to review any survey responses from jurors, as Judge Bryant did not preside over jury trials during the applicable survey period.

The committee has also reviewed a written opinion submitted by Judge Bryant which dealt with issues of attorney’s fees and representation, and found that the opinion was well-reasoned, clearly written and faithful to the case precedents on the issue.

The committee also performed an in-court observation of Judge Bryant and found that she had a quiet control of her courtroom. She interacted well with the defendants, lawyers and her court staff. She kept the same demeanor and tone no matter to whom she was talking, and did a good job of explaining the process to the defendants and answering questions to the extent she could.