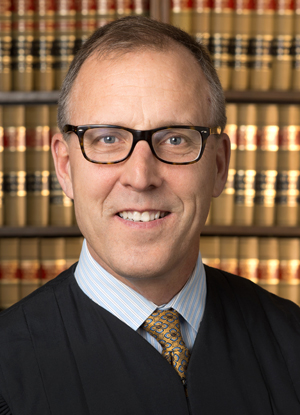 Circuit Judge Bryan E. Round was appointed to Division 8 Feb. 18, 2014.  At the time of his appointment, Judge Round was an attorney in private practice with the law firm of Mitchell, Kristl & Lieber.  He specialized in the areas of workers’ compensation, criminal law and business litigation matters.  He was also serving as the Workers’ Compensation Panel attorney for the Kansas City area after an appointment by the National Football League Players Association, and as the municipal judge for the City of Peculiar, Missouri.

Judge Round served as an assistant Jackson County prosecutor from 1988 to 1997.  He was appointed to serve as the secretary/attorney to the Kansas City Board of Police Commissioners, and later its business manager, from 1997 through 2005. He also served as counsel for the Jackson County Combat Commission.