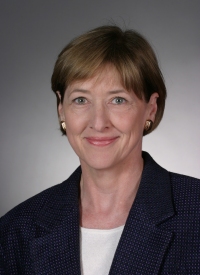 Judge Breckenridge received a bachelor of science degree, with honors, and juris doctorate degree, from the University of Missouri-Columbia.

Judge Breckenridge has a strong commitment to community service, including serving as co-chair of the Missouri Gender Fairness Implementation Committee, a member of the Missouri Task Force on Gender and Justice, and she was a Council of State Governments’ Toll Fellow. She is the past president and a former board member of Mattie Rhodes Center. She is a former board member of the University of Health Sciences, College of Osteopathic Medicine, Cabot West Side Clinic and Home Health Advisory Board in Nevada.

On The Missouri Bar’s 2008 Appellate Court Evaluation Survey, attorneys who responded to survey questions rated Judge Breckenridge greater than 4.0 on a scale of 5.0 in all nine categories.

Judge Breckenridge’s highest rankings were for treating parties equally regardless of race, sex or economic status and being courteous toward attorneys.

The committee also reviewed a sample of opinions authored by Judge Breckenridge since her appointment to the Missouri Supreme Court in 2007. Judge Breckenridge’s opinions are well-reasoned and organized, clearly written, and closely adhere to precedent as well as to constitutional and statutory law.