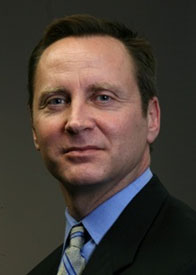 Judge John N. Borbonus has been an associate circuit judge of the 21st Judicial Circuit since August 19, 2011. His judicial assignment since joining the bench has been in domestic court.He received his undergraduate degree from George Mason University and law degree from St. Louis University.He is a member of The Missouri Bar and the Bar Association of Metropolitan St. Louis. He was previously a member of the State Senate Apportionment Commission, the Planning and Zoning Commission, the Missouri Humanities Council, and the Catch a Falling Star board.

Attorneys who responded to survey questions rated Judge Borbonus on a scale of 1 to 5, with 1 representing “not at all” and 5 representing “completely.” More than 100 attorneys responded in regard to Judge Borbonus. Attorneys give him a score of 4.18 or higher on all 18 categories of criteria surveyed. He received his highest scores for: maintaining and requiring proper order and decorum in the courtroom (4.55); demonstrating appropriate demeanor on the bench (4.50); and treating people equally (4.53).A peer survey of fellow St. Louis County judges gave Judge Borbonus an average score of 4.24.No juror responses were reviewed, as Judge Borbonus does not preside over jury trials as a Family Court judge.The committee also reviewed judgments and orders written by Judge Borbonus in civil and domestic cases, and found them to be very well written, concise and consistent with case law cited therein.