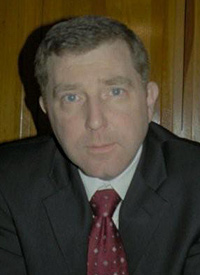 Attorneys who responded to survey questions rated Judge Alexander on a scale of 1 to 5, with 1 representing “not at all” and 5 representing “completely.” In the attorney survey responses, Judge Alexander received his highest scores for: maintaining and requiring proper order and decorum in the courtroom (4.65); demonstrating appropriate demeanor on bench (4.46); and treating people equally regardless of race, gender, ethnicity, economic status, or any other factor (4.41). Judge Alexander’s lower scores were for being prepared for hearings and trials (4.33); allowing parties latitude to present their arguments (4.33); issuing timely opinions/decisions (4.24); basing decisions on evidence and arguments (4.19); efficiently managing his docket (4.15); and writing opinions and orders which are clear (4.17).

The committee also reviewed survey responses submitted by jurors who were seated in jury trials before Judge Alexander. Judge Alexander received unanimously favorable responses from the jurors on questions relating to 10 separate criteria regarding his conduct throughout the jury trials.

The committee received no public comments about Judge Alexander.

The committee also reviewed a written opinion submitted by Judge Alexander in which he ruled on a civil case dispute in which a party had sought an injunction. The committee found the opinion to be well written and the judge’s opinion to be clearly stated.