Patricia Breckenridge, chief justice of the Supreme Court of Missouri and chair of the Appellate Judicial Commission, announced yesterday that a commission has submitted to Governor Eric Greitens its panel of nominees to fill the vacancy on the Supreme Court of Missouri. This vacancy exists due to the November 2016 death of Judge Richard B. Teitelman.

The commission unanimously supports the three nominees. After approximately 10 hours of public interviews, more than 3.5 hours of deliberations and seven rounds of balloting, the nominees – each of whom received seven votes – are: Lisa White Hardwick, Benjamin A. Lipman and W. Brent Powell.

Hardwick is a judge on the Missouri Court of Appeals, Western District. She was born in 1960. She earned her bachelor of journalism in radio-television journalism in 1981 from the University of Missouri-Columbia and her law degree in 1985 from Harvard Law School in Cambridge, Massachusetts.

Lipman is a member of Lewis Rice LLC in St. Louis. He was born in 1966. He earned his bachelor of arts in economics in 1988 from the University of Pennsylvania in Philadelphia and his law degree in 1991 from Washington University School of Law in St. Louis.

Powell is a circuit judge in the 16th Judicial Circuit (Jackson County). He was born in 1970. He earned his bachelor of arts in political science in 1992 from William Jewell College in Liberty and his law degree in 1996 from the University of Missouri-Columbia School of Law.

The governor has 60 days to select one member of the panel to fill the vacancy. Should he fail to do so, the Missouri Constitution directs the commission to make the appointment.

Click here to see the official press release from the Supreme Court of Missouri. 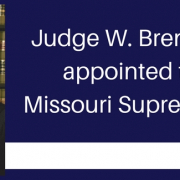 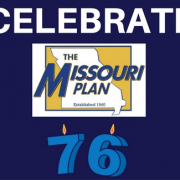